I wanted to share another part of my trip with you!  We also went to the Grand Canyon.  I had wanted to get there first thing in the morning, but miscalculated things.  When we stopped the night before in Seligma, AZ, I did not realize we were still 1 1/2 hours away.  After looking at all the Rte 66 shops(you can see that article here) we got a later start than we expected.  It was 11:30 by the time we got to Williams, AZ and we wanted to get to the canyon, we watched the IMAX movie of the Grand Canyon (it was really good except that the first five minutes has topless Indian girls)  They had this fun 3-d spot in the courtyard to take pictures. 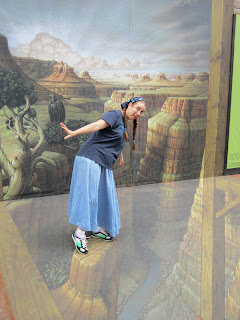 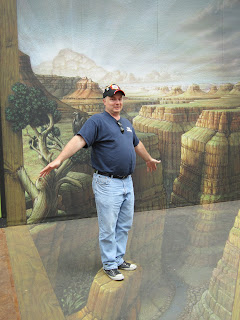 It was after 1:00 by the time we got to the Canyon and it started storming as soon as we got there! 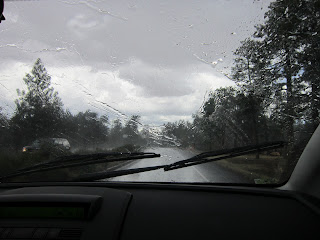 It stopped raining just long enough for us to walk one of the trails.  As you can see, everything is very cloudy, but gorgeous! 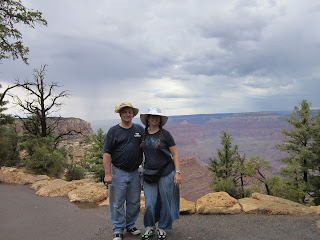 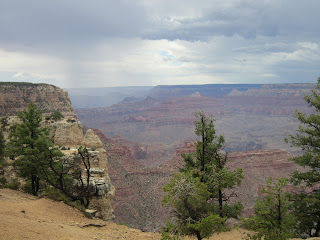 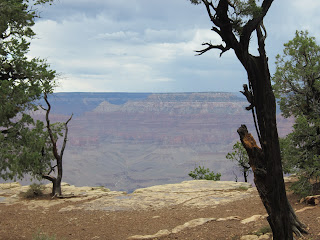 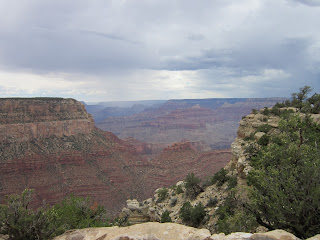 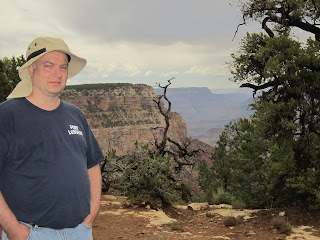 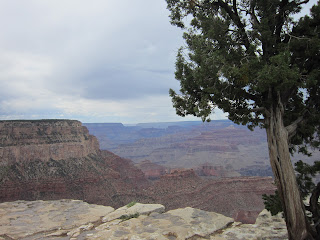 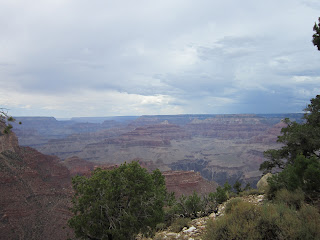 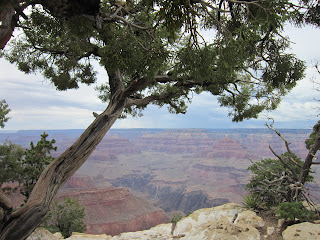 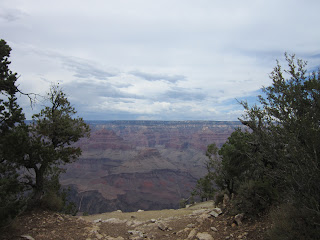 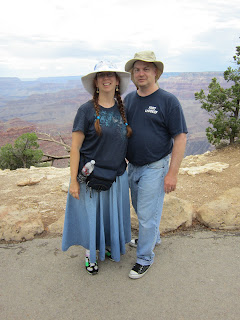 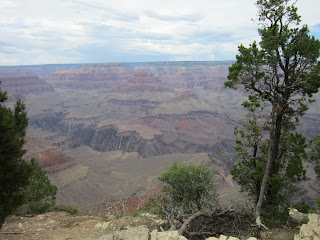 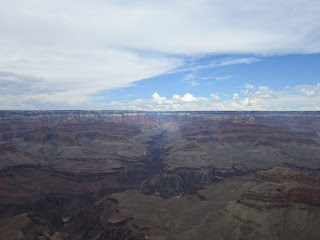 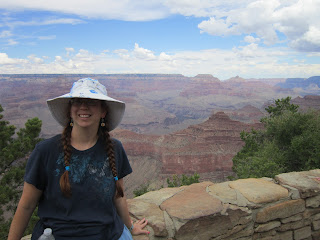 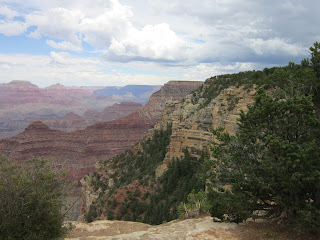 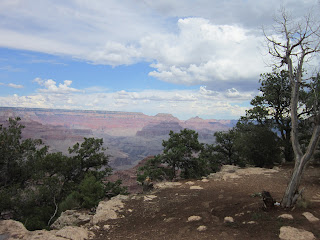 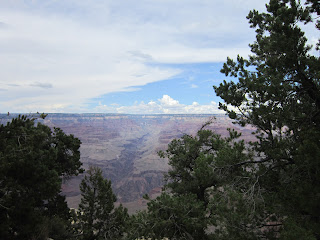 This is one of my favorite pictures of the storm rolling in. 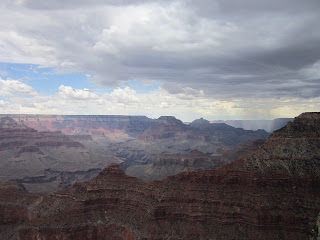 It had started raining again by the end of the trail.  I didn't realize until later that my hat was covering my eyes in all the pictures, the wind and rain kept blowing my hat off! 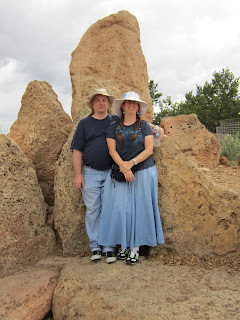 We meant to drive out the other side of the canyon and get off at the different trails, but somehow missed the turn and ended back up on the road to Williams instead.  It's a good thing we did, since we had a flat tire.  It would have been a lot farther to the next town and I would not have wanted this to happen at the canyon. 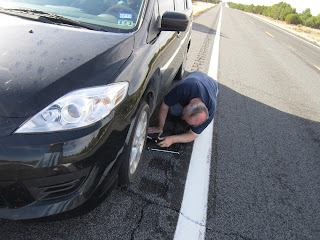 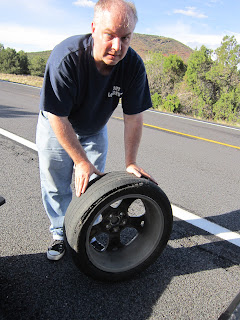 Maybe one year we can go back and spend a couple of days there instead of one afternoon.  I would love to go rafting the Colorado River through the canyon!
Missy
Posted by Missy Shay at 12:22 PM

Missy, it looks like you all had a wonderful time. I went there when I was in high school, but would love to go back for a visit.

Wow, those are beautiful pictures...I hope I get to see the Grand Canyon someday with the family. whoa..that tired looked ate up!! Glad it didn't blow out on you!!

Thanks for sharing your pics, it looks fantastic, I will probably never see so glad to see the pics. Glad the tire did not cause more of a problem, seems like that is always the way it is -repairs on trips.
Paula )(kyflo130@yahoo.com)
a Ga friend