My husband and I had a full day planned for today since tomorrow is my birthday!  We spent the day in Ft. Worth.  First we went to the TX Civil War Museum, then the Trinity Valley Quilt Guild Ft. Worth Quilt Show.  For a very late lunch we had a coupon for Giovanni's at the Ft. worth Stockyards.  We would have walked around there, but it was pouring!
Now for the winner, I had 12 entries.  I wrote the numbers on pieces of paper, crumpled them up and threw them on the floor.  The first one Pippi picked up was the winner and she picked Cheryl! I have met Cheryl through Facebook and she answers a lot of my quilting questions!  Congratulations Cheryl, I'll send your pattern out next week!
I ordered a black forest cheesecake and a cannoli for dessert, Chris said he did not want a dessert (he refuses to try cheesecake LOL).  The waiter gave my cannoli to Chris and he ate it!  LOL  I did get a bite though, and it was the best cannoli I have ever had in my life!
My cheesecake was pretty good too!  My husband grabbed my cellphone and took some pictures! 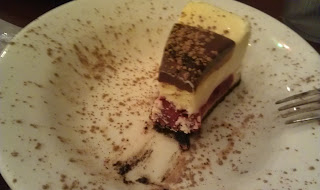 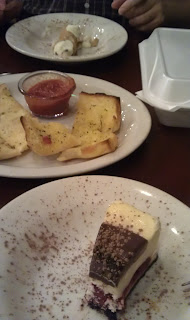 What can I say?  It was good!  They make all their food from scratch there! 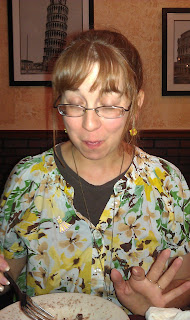 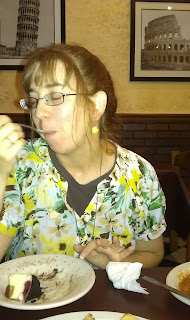 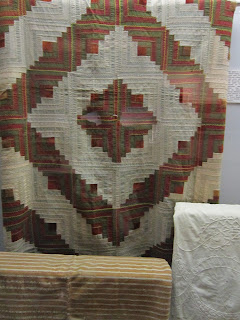 I took some pictures from the museum, they have beautiful dresses on display, but first I wanted to show you this log cabin quilt from 1844.  I love the fancy stitching on it. 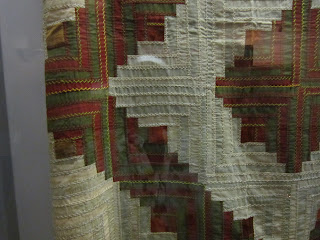 I would love to wear dresses like these to church, but guess I would look a little silly!

They even had a hand crank sewing machine and vintage sewing kit on display. 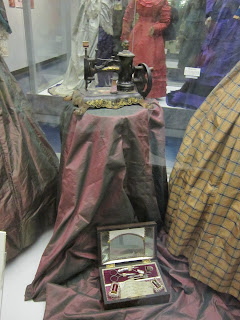 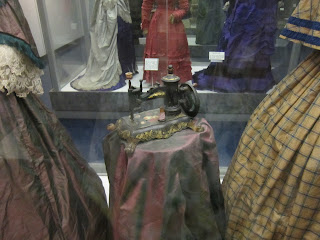 I love the plaids! 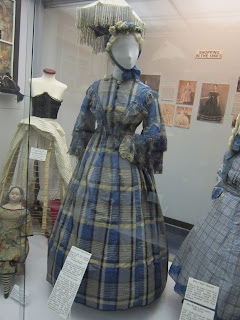 Aren't you glad we don't have to wear stuff like this anymore? 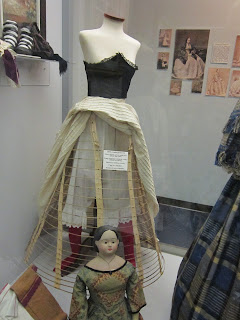 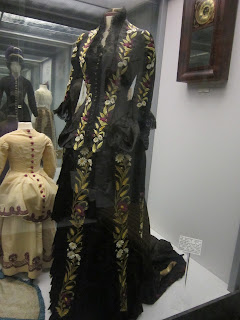 I'm trying to lose my big behind, but they used to want them bigger!  LOL  But the dresses are still gorgeous! 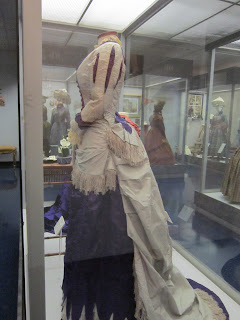 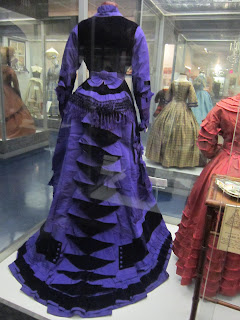 They were selling hats, but I was not about to spend $100 on them! 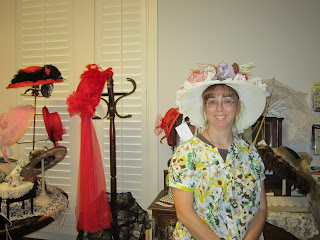 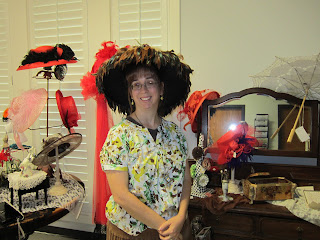 I'll have to post pictures from the quilt show later, this one was long enough!  LOL
Missy

Email ThisBlogThis!Share to TwitterShare to FacebookShare to Pinterest
Labels: Life

happy birthday and all at once i get people telling me i am a no-reply blogger . maybe it's fixed now i hope

Glad I visited you today. You live in Mansfield, so does my son. I live in Fort Worth where you enjoyed your special day. Your post was great on the vintage finds.

Thanks for posting such beautiful antique dresses. I love to look at museum displays of items from long ago. take care, Darlene