I finished one of my UFO's!  http://missyscakesandaprons.blogspot.com/2011/12/ufo-2012-list.html I was supposed to have it done a long time ago, I actually finished it in April.  I have been going out of town like every two weeks and have not had a chance to blog about it! 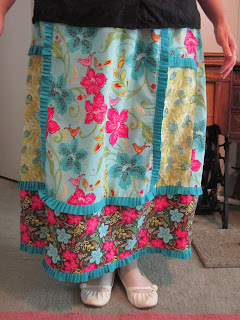 I got the pattern from the book Sew Serendipity by Kay Whitt.

http://www.sewserendipity.com/product_info.php?products_id=145
I made the tunic dress out of it last year.  You can see it here:  http://missyscakesandaprons.blogspot.com/2011/06/sew-serendipity-tunic-dress.html
It is very easy to understand her directions.  My favorite is the pockets! 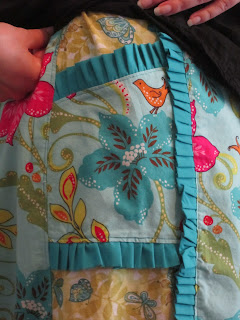 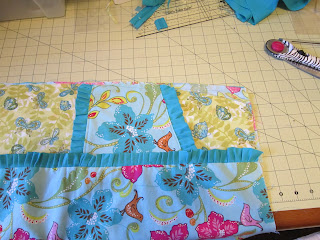 I did a fussy cut on the pockets.  A fussy cut is where you cut the material for a certain pattern to be "showcased". 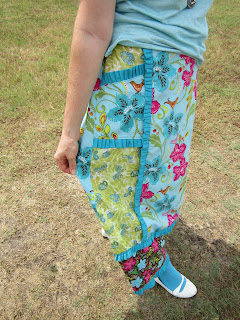 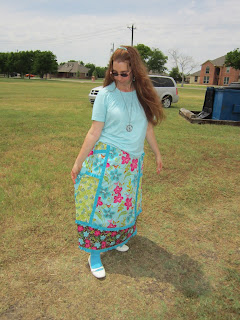 I did mess up on the sizing, I made it too tight, so I added a blue strip to make it bigger. 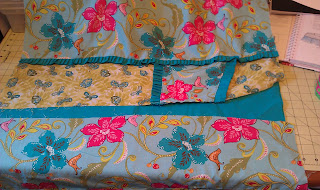 Always pin your skirt on before you sew it in case you made a mistake like I did.  It still was not big enough, so I added more.  Then I added too much and had to take some off.  My problem is that my waist is smaller than my hips and backside. 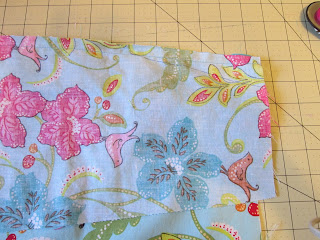 It's still too big, so I am going to try adding some pleats, I think that will be cute and look better than me messing with it more.
I did a pretty good job on the zipper though! 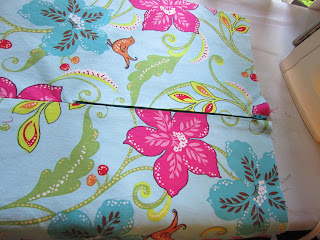 Kay was on "Sewing With Nancy" and shared some great tips!
Here is part one:  http://video.wpt2.org/video/1700991445/
Here is part two:  http://video.wpt2.org/video/1701022470/
I did make the skirt longer, and she gives you directions on how to modify her patterns.
I love this book, I would recommend that you buy one!  I have another pattern, the Betty June dress, that is waiting to be made.
Have fun sewing!
Missy
Posted by Missy Shay at 3:08 PM

Zippers, pleats and customizing patterns! I so admire people that can sew and really understand what they are doing!

It's very pretty...love those summertime colors!

Congratulations on the finish!

Love these fabrics -- so summery and pretty! :)